Vestigial Surreality: 09: World in a Locket 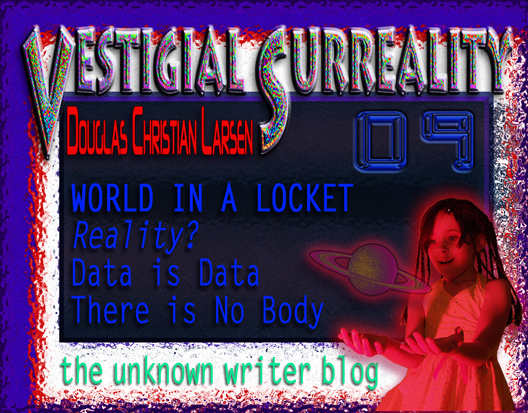 World in a Locket.


Seven stood at the arched window and looked out at night. The last thing she wanted to see outside were pesky squirrels, or the beauty of the pines. She allowed the outer world to reflect her interior emotions, and thunder rumbled ominously, distant lightning flashes briefly illuminating the rolling clouds. It had been hours since the shattering of her crystal sandbox, although here, in her Inner Sanctum, time was difficult to gauge, and she could have been standing here quietly for days, or only a few minutes. She felt as if her life were over, and that nothing could ever repair or heal her loss.